At the heart of After Empire is a view of the tenth century as an era of change. New dynasties, sometimes even new kingdoms, had to reshape the tools available to them – or craft fresh ones – in order to rule effectively. One of these tools was coined money. The Carolingians had laid a firm foundation on which later rulers built. Rooted in traditions dating back to the time of Charlemagne (768–814) and Louis the Pious (814–40), this coinage at once reflects an aspect of economic life as well as an important political institution. Indeed, for the historian coinage is at its most revealing when taken as a window onto how these two sides to its existence interacted. How did rulers manage the provision of currency in their territories?

The issue became more pressing as the tenth century progressed. At its outset, use of silver pennies was comparatively limited in most of western Europe. Partly this was a result of inherent limitations of early medieval currency: each individual coin was relatively high in value, very roughly the equivalent of several tens of Euros. But there were also problems particular to the late ninth and early tenth century, related to the shrinking stock of silver bullion available in western Europe.

The situation changed in the second half of the tenth century. Across a wide area, it looks like coined money was making a comeback. One major factor behind this must have been the opening of new silver mines in central Germany. But demand was just as important as supply, and drove a broad and swift redistribution of fresh silver from the Harz across the Reich as well as to England, France, the Low Countries, Catalonia and northern Italy. Large quantities of German and English coin have also been found in Scandinavia, where they took up the role previously played by silver dirhams imported from the Caliphate via Russia.

Different polities across tenth-century Europe responded to this burgeoning new element of the economy in different ways. Broadly speaking, there was a significant increase in the number of places which produced coins: 146 places can be identified as having issued coin across western Europe in the period 850–900. That number was on the way to doubling by the end of the century: 226 places issued coin between 950–1000, and 310 in the first half of the eleventh century.

Click the thumbnails below to discover more about coins in tenth- and eleventh-century Europe, through a variety of objects and artworks: 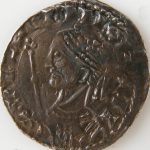 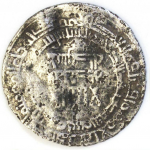 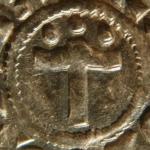 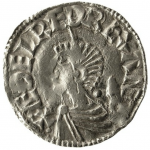 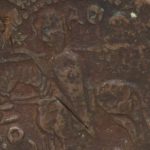 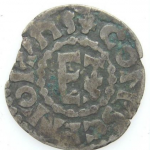 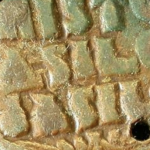 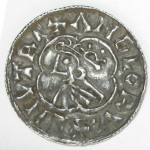