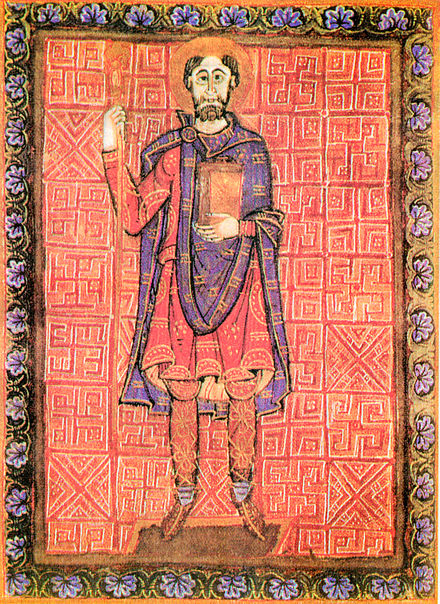 A portrait of Henry made in c. 990, Staatsbibliothek Bamberg Msc.Lit.142 4v. Image in public domain.

Our scene unfolds around the year 990 at Ranshofen. The Duke of Bavaria, Henry II, known as ‘the Quarrelsome’/’the Wrangler’, had summoned the most important bishops and counts of his territory. There, he issued a remarkable series of decrees. The text survives in a manuscript produced at Freising and was copied into it before 994, making it a contemporary witness to the law-making activities of the so-called ‘vice-king’ of the Ottonian realm.

While we think that dukes often had responsibilities to keep the peace in their duchies, Henry’s decrees are the most striking example of this and the holding of assemblies: a way to bring together the most important members of the local aristocracy. In this case, Henry’s text is especially interesting, because (as Timothy Reuter put it) ‘the constitutions of Ranshofen … represent more elaborate legislation than anything the kings themselves produced’. Despite their importance, the decrees have not (to my knowledge) ever been translated into a modern language, although in 1986 Stefan Weinfurter paraphrased and produced a commentary considering the first six decrees.

What follows is a translation into English that attempts to retain an accurate interpretation of the text but focuses on readability. The original is available in Latin here. 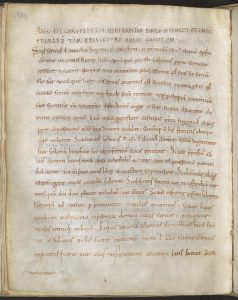 * I am very grateful for the assistance of Stefan Esders, Robert Gallagher and Erik Niblaeus for their help in attempting to translate this particularly opaque clause.