Manuscripts do not only provide us with medieval texts – the decorations and illuminations on their pages were often highly intricate, sophisticated pieces of art. A manuscript page could feature decoration on the initial letters, the borders, miniature illustrations within the pages of text, or full-page illustrations. Technically speaking, illuminations refer to decorations made with gold or silver leaf – however, many people refer colloquially to manuscript decorations as ‘illuminations’. Decorating a manuscript took considerable time and resources, and so the most highly decorated manuscripts were often very special books. Patrons who could afford gold, silver, and the coloured pigments required for a de luxe decorated manuscript were making a very public display of their wealth. In the tenth and eleventh centuries, we see spectacular decorated manuscripts where the backgrounds of the manuscript were completely decorated with expensive crimson pigment before being written over in gilded text; the most famous example of this is the marriage charter of Empress Theophanu, which features a background composed of roundels with animal hunting scenes.

Presentation portraits, in which the patron(s) who had paid for the manuscript were depicted in full-page illustrations near the front of the book, were fairly prominent in this period. For this reason, we have many ruler portraits of Ottonian, Anglo-Saxon and West-Frankish kings (and more rarely queens), as well as ecclesiasts, which often included detailed iconographical elements sending messages about the nature of their power or munificence. Earlier Carolingian artwork and manuscript decoration remained a strong influence in the Ottonian Empire and West Frankish kingdom, with the Gospel Lectionary of Gero in the 960s being copied from a manuscript coming from the court of Charlemagne. In the late tenth and early eleventh centuries, Ottonian manuscript decoration developed particularly detailed figures placed into elaborate settings, often on backgrounds of gold leaf or striking bands of colour. Some manuscript decorations featured quite complex schematic arrangements meant to communicated theological arguments, which could be laid out for the viewer with helpful inscriptions explaining the meanings behind the illustrations. Others could be more stark and simple, limiting the decoration to powerful blocks of colour or patterned backgrounds. As the eleventh century continued, more influences from Byzantine art are seen in western manuscripts, with more fluid compositions and greater attention to elaborate patterning.

In Anglo-Saxon England, manuscript decoration drew on earlier Insular artistic traditions while also incorporating new Carolingian and Byzantine elements to create new styles of Anglo-Saxon illustration from King Alfred’s reign onwards. Many monastic scriptoria where manuscripts were created and decorated were influenced by the monastic reform movements that swept through England during the tenth century; this also led to the creation and growth of new schools of manuscript illumination and artistic styles, such as the Winchester School. The Benedictional of Æthelwold, made between 963 and 984, is considered a masterpiece of this school of decoration, featuring a great deal of gold and silver illumination alongside a wide range of different colours.

Click the thumbnails below to discover more about manuscript decoration in tenth- and eleventh-century Europe, through a variety of objects: 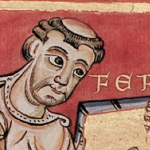 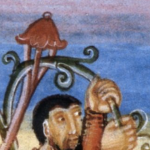 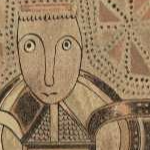 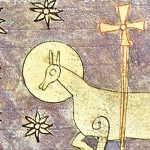 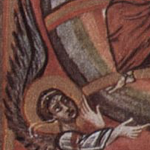 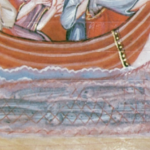