Different varieties of quartz crystal, or rock crystal, were used as materials for jewellery and other kinds of stone carving throughout antiquity and the middle ages. According to medieval encyclopaedias, rock crystal was a symbol of spiritual purity, which made it an ideal material to be used for the body of a reliquaries, an item that stored the relics of a saint. Relics could be placed inside a hollowed-out piece of quartz, allowing the item to be revealed to worshippers rather than hidden away inside a metal or wooden item. In the Middle East, carving rock crystal into vessels became especially popular under the Fatimid Caliphate, with intricately carved scenes and motifs used for decoration on the outside of the vessel. When these vessels were traded into the Western Christian world, their beautiful decorative function and their material meant they were perfect for converting into a reliquary.

Quartz crystals could also be engraved or carved with decorative scenes and used for different purposes, such as seals, jewellery or decorations for manuscript covers or reliquaries. This kind of engraved gem can also be referred to as an intaglio. A famous example of engraved rock crystal is the Lothar Crystal, with multiple complex scenes drawn from the Biblical story of Susanna and the Elders. 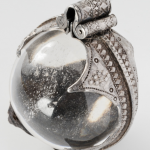 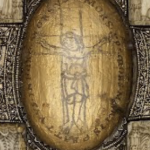 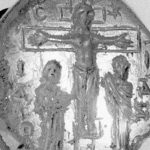 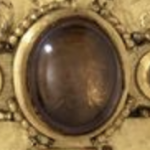 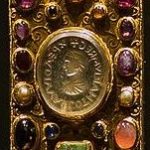