Although today we associate gold principally with jewellery, in the early middle ages many objects produced or covered in gold were made for the church: including crosses, reliquaries (vessels which carried in them the relics of saints), book coverings, and altar pieces. The wealthy in tenth- and eleventh-century Europe might also adorn themselves with gold rings, crowns, brooches or bracelets, and swords and spears were sometimes embellished with gold too.

The style of goldwork made in this period is very striking, and quite different from the more minimal and delicate looks favoured today! Most surviving examples are covered in gem stones, sometimes plain and sometimes engraved with portraits, known as cameos. Such gem stones were often much older than the jewellery they adorned, and were used and re-used over the centuries. These objects flaunted the riches of their owners and showed the Ottonian nobles, in particular, to be worthy competitors to their Byzantine neighbours to the east, whose skill and love of goldwork was well-known.

Amongst the craftsmen of the period, certain techniques were favoured: geometric and symmetrical patterning was prized, as was intricate and complex detail crafted on a truly miniature scale. While some jewellery and goldwork may have been imported to the west from Italy and the Byzantine Empire, workshops were also established at Trier and Essen, where patrons such as Matilda, granddaughter of Otto I, ordered or commissioned luxury objects.

In England, trends in the tenth century looked a little different, and were also shaped by the Viking settlers and colonists who now occupied areas of the north and east of England. Most surviving jewellery is silver, which could sometimes be broken down into pieces (‘hacksilver’) to be used for purchase or barter, but there are gold items too. We can get a glimpse of some of the high-value items lost so us today through wills made by wealthy Britons –a noble lady called Ælfgifu described a necklace in her will that had the equivalent value of one hundred and twenty oxen!

Click the thumbnails below to discover more about goldwork in tenth- and eleventh-century Europe, through a variety of objects and artwork 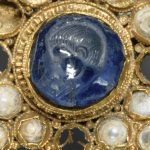 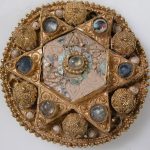 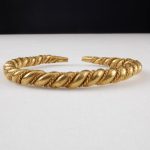 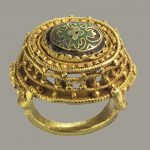 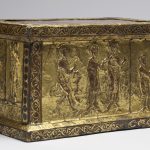 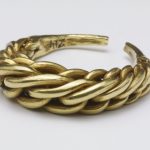