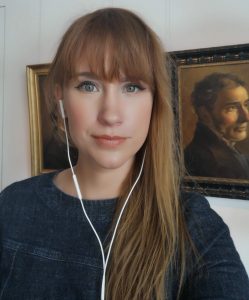 My current research examines how grants of privilege over land and people made by rulers in modern-day Germany and Italy—referred to as charters or royal diplomas—inform our understanding of the ways in which the new dynasties that emerged in the wake of the Carolingian Empire understood and represented their own past to their followers, rivals and allies.

A monograph on the scabini—a type of medieval ‘grand jury’—is underway, alongside an accompanying article. The scabini present in microcosm one of the greatest debates concerning tenth-century Europe: how did kings present themselves as arbiters of justice yet simultaneously abandon written secular law? To date, most scholarly assessments of the scabini have focused on the later eighth century, when Charlemagne is widely believed to have brought the term to the written culture of the Carolingian court. This monograph combines close reading of normative and documentary texts with manuscript studies, bringing together evidence from kingdoms typically considered separately. Unravelling the nuances and complexities of diplomatic interaction across and within cultures lies at the heart of my research.

Prior to my position in Berlin I collaborated with Professor Ildar Garipzanov on his nationally-funded project ‘Graphicacy and Authority in Early Europe: Graphic Signs of Power and Faith in the Early Middle Ages (c. 300–1000)’, now published as a monograph with Oxford University Press.

My PhD thesis, ‘Hostages in Early Medieval Britain’, elucidates the cultural practices and political implications of hostage-giving, adopting a broad and comparative approach that sheds light on local and temporal nuances by examining the practice in territories from Scandinavia to Italy and chronologically from Republican Rome to the Norman Conquest. Structured diachronically, I first deploy evidence from across the early medieval west to establish the mechanics of hostage-giving, before turning to the changing character and representation of the practice in early medieval Britain from c. 500–1066.