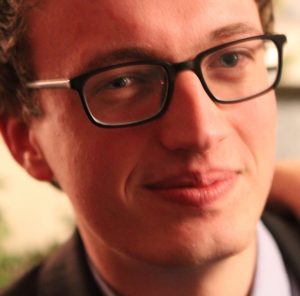 From 2011 onwards I studied History (BA) and Ancient, Medieval, and Renaissance Studies (MA) at Utrecht University, graduating in August 2016 with a thesis on social justice in the Carolingian world. A month later I took up my current PhD position at the Institute of Medieval History of the Austrian Academy of Sciences as part of the After Empire research project.

In my PhD dissertation I trace and contextualise ideals of solidarity and notions of belonging in the works of three tenth-century bishops, all mainly active in the Kingdom of Italy: Atto of Vercelli (885-961), Rather of Verona (887/890-974), and Liudprand of Cremona (c. 920-972). By virtue of their scholarly training, these three ambitious clerics had access to a rich storehouse of sources for social cohesion. Additionally, their office imbued them with the power of admonition and the duty to guard the ties that bind. They built on memories of the Carolingian past, as well as on Biblical and classical texts. The three bishops used these cultural resources to invest groups and polities with ideological and moral foundations.

My dissertation argues that they sought to reconcile the solidary groups of the idealised, imagined past with the patronage, political division, and social inequality that they saw in their tenth-century present. In doing so, bishops were able to provide alternative forms of social cohesion largely independent from the royal court, but they also used ideals of solidarity in more court-connected efforts of binding local communities to new transregional elites.