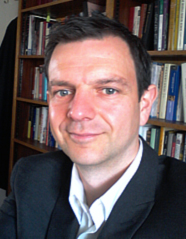 I was educated at the Universities of Glasgow and London, and have worked at the University of St Andrews since 2002. My research interests lie in Carolingian and post-Carolingian history, on which I have written several articles and books. Most recently, I have finished a book on Ottonian Queenship. The St Andrews branch of the UNUP project focuses on narrated pasts in tenth-century Europe: we are interested in looking at examples of how people writing after the end of the empire told (or didn’t tell) the story of their own era’s relationship with various pasts – not just the Carolingian, but also the biblical, Roman, Frankish, etc..  As part of the project I am also working together with Sarah Hamilton (Exeter) on a new study of tenth-century Europe which will be published by Oxford University Press.