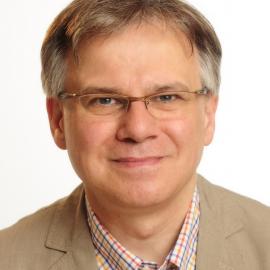 Stefan Esders is professor of Late Antique and Early Medieval History at the Freie Universität Berlin. He received his PhD in Ancient History at the University of Freiburg and defended his habilitation thesis at the University of Bochum. Professor Esder’s research interests include the uses of law in the tenth-century, which will be explored through the Berlin strand of the UNUP project on ‘Legal Pasts and Normative Orders’. The starting point of this strand is the examination between ‘law’ and ‘custom/tradition’, and how this relationship fundamentally changed in the tenth century. Over the course of this HERA project, Professor Esders along with his postdoctoral fellow, Alice Hicklin, aim to illuminate the contexts in which the Carolingian legal past was used in the tenth and early eleventh centuries, and the strategies employed in this process.