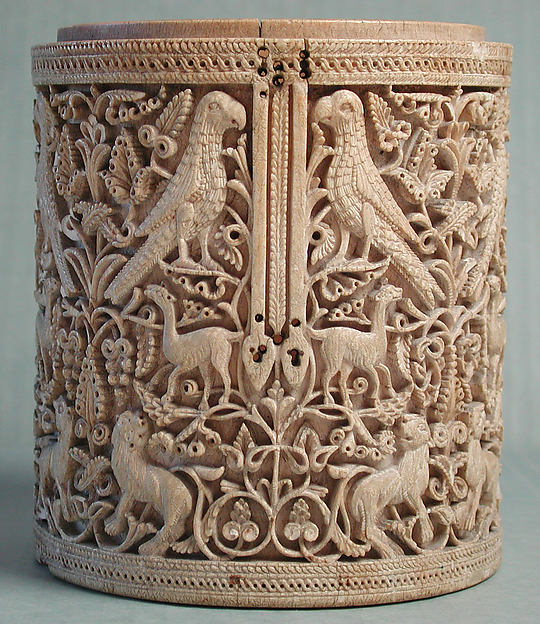 Description: This cylindrical box, known as a pyxis (Arabic ushnan), represents one of the most refined carvings of the tenth century. It is thought to have been carved by an artisan working at the palace of ‘Abd al-Rahmen III, the Ummayyad caliph, who ruled much of Iberia in the mid-tenth century. It probably originally had a lid, and would have been used to store ceramics and jewellery. Vessels of this type only used secular imagery: here we see birds, lions, vines and gazelles in a very typical, if exceptionally finely-wrought, design. 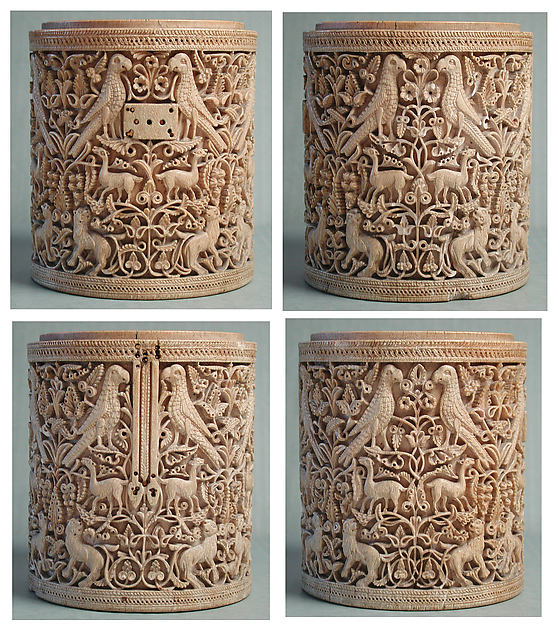