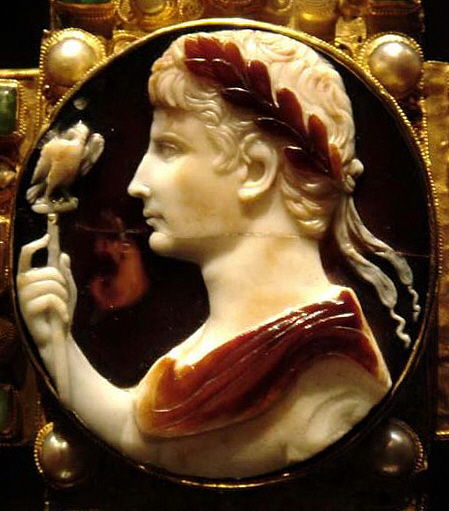 Description: The Lothar Cross, is named after the large rock crystal cameo of the Carolingian ruler of Lotharingia Lothar II (near its base). The cross itself was wrought in gold almost a century after Lothar’s rule, by one of the Ottonian dynasty (possibly Otto III). It was given as a gift to the important cathedral of Aachen very soon after its production.

The cross boasts an impressive 102 gems and 35 pearls, with decoration in goldwork, and enamel. One of the most striking gems is a reused Roman cameo of Emperor Augustus dated to the first century AD. Lothar’s rock crystal is accompanied by an inscription: “+XPE ADIVVA HLOTARIVM REG” (“O Christ, help King Lothar”)

The ‘back’ of the cross is much simpler, and depicts the Crucifixion. 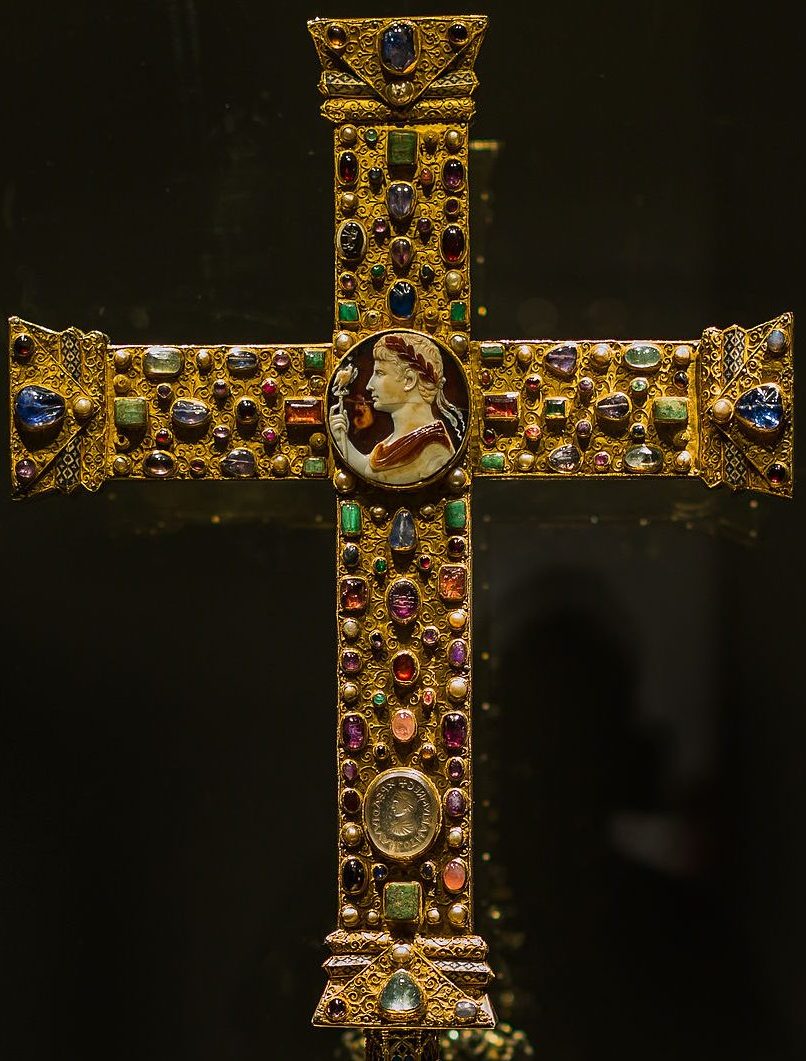 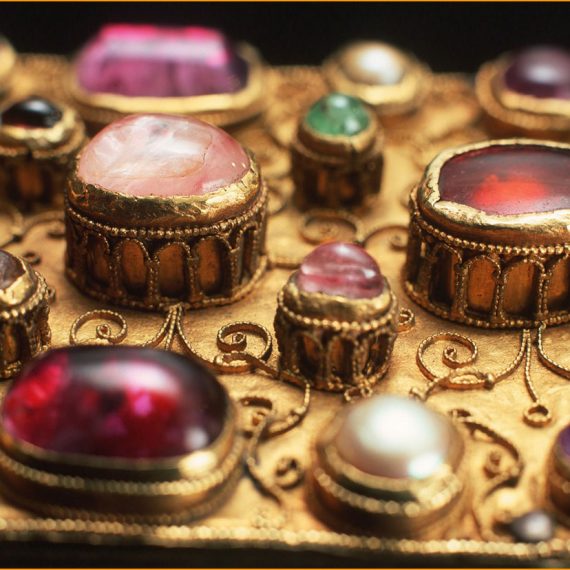 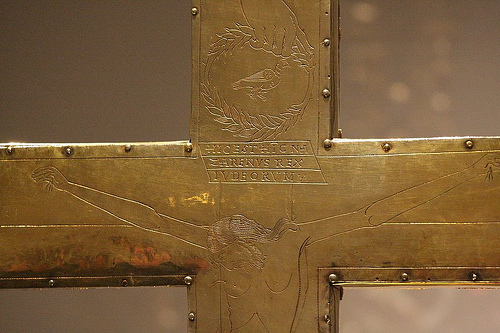