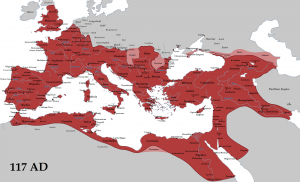 What was the population of the Roman empire, say at the death of the first emperor Augustus? The short answer is that we do not know. The rulers of the empire probably had some idea. From the time of Augustus, there were regular censuses in all the provinces of the empire. Unfortunately, almost all of this data has been lost. Yet it would be wrong to say that we are in a position of complete ignorance. There is a wide array of scattered information that gives us a sense of what is plausible – census data relevant to some regions, data from better documented periods, what we know about the productivity of ancient agriculture, etc. 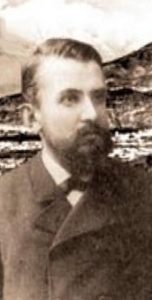 An influential estimate by Bruce Frier put the population at around 46 million under Augustus. More recent work has been willing to envisage a higher figure. Walter Scheidel has proposed a peak population of 59-72 million in 164 CE, just before the onset of the great ‘Antonine plague’.

Without going into the details of the evidence on which these estimates are based, the problem that I am interested in is that they convey little or no information about the uncertainty surrounding them. This is obviously true of ‘point estimates’ like Beloch’s 54 million or Frier’s 46 million. They could easily be mistaken by the unwary as implying that we are in a position to be precise – when we most certainly are not. Even ranges like 70-80 or 59-72 million tend to be used to signal uncertainty rather than to really quantify it. I don’t think that Walter Scheidel meant to claim that a population of less than 59 million or more than 72 million is impossible – merely that it is unlikely. But how unlikely, I wonder. And how much higher or lower could it have been?

The problem that uncertainty is often left unquantified becomes acute when we need to combine two or more estimates of uncertain quantities, as historians often have to. What if we wanted to multiply the total population by an estimate of per capita consumption to estimate GDP? How would we assess the uncertainty around that estimate?

This is where probability offers historians a potentially useful tool. A different way of expressing what we know about the population of the empire would be a probability distribution over possible values. The probabilities would represent our degree of belief – given the evidence we have – in different possible values. Thinking in these terms would have the great merit of forcing us to ask questions that we often duck. How wide a range is possible? Just how unlikely is a figure as high as 100 million, or as low as 40 million? Besides this useful discipline, thinking in terms of probability distributions would also make it much easier to aggregate uncertainties. One of the great advantage of probabilities is that they are easy to combine mathematically.

I can imagine that this might sound to some like an abuse of the concept of probability. Assigning a probability to the possibility that the population of the empire was more than 72 million sounds very different to saying that the probability of a coin landing heads is 50%. But whether it really is an abuse depends on a fundamental question about what probability is. An increasingly influential interpretation of probability holds that probability is nothing more than a measure of our degree of belief in different possibilities, given the evidence available to us. This interpretation goes by the moniker ‘Bayesian’. A quick Google search will show how widespread its adherents are. The Bayesian interpretation of probability as a measure of our degree of belief makes it the perfect tool for representing historians’ beliefs about e.g. the population of the empire. I will discuss the philosophy of probability and what it means for historians in my next post.