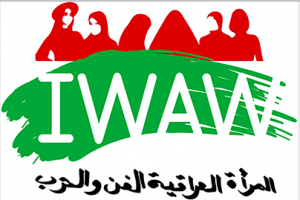 The Visualising War podcast recently interviewed Iraqi artist Rana Ibrahim. Rana’s childhood and early adulthood were dominated by conflict, and she ended up seeking refuge as a forced migrant in the UK following the US-led invasion of Iraq in 2003. After settling in Oxford, she founded the Iraqi Women, Art and War Group, a community project that gives women who have been affected by conflict an opportunity to process their experiences and tell their stories through art.

The artwork they have produced has been curated into an exhibition entitled ‘Of Ordinary Things’. Representations of conflict often focus on fighting, destruction, loss and death. The pieces in this exhibition are different: they aim to capture the everyday, the lives that people try to live in the shadow of conflict, and above all how women experience war. 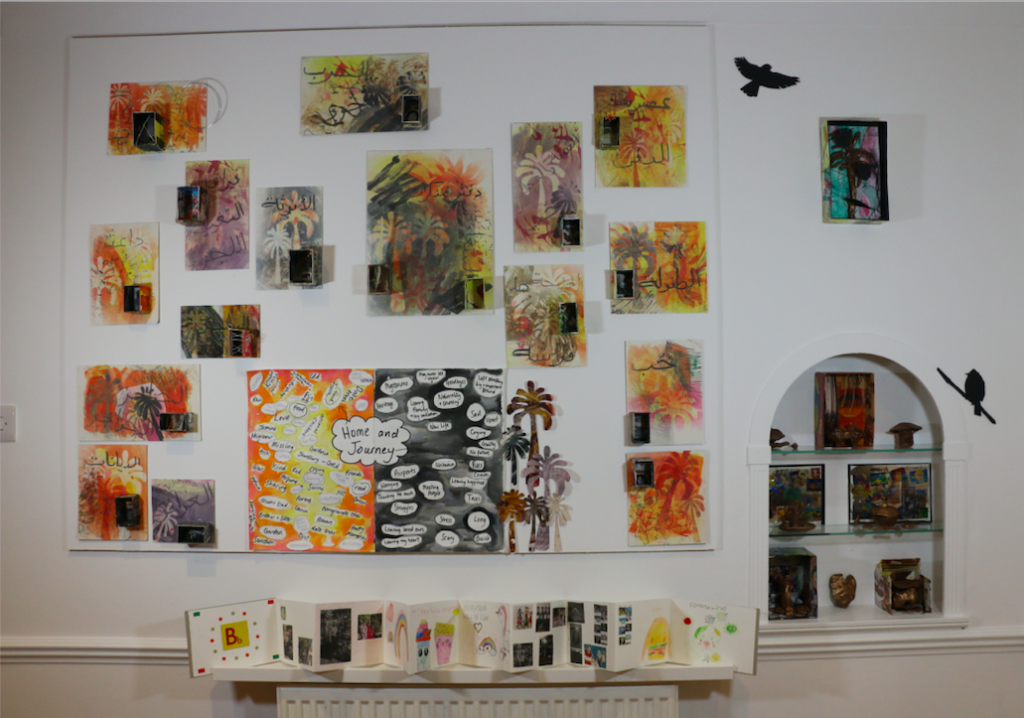 At the heart of the exhibition is a ‘Wall of Memories’. In the background to this piece are some exquisite paintings of date palms, one of the most recognisable trees in Iraq and the first thing that many Iraqi children learn to draw. The date palm represents life, sweetness, beauty and strength – and, as a feminine noun, it particularly evokes the everyday resilience of the women of Iraq. 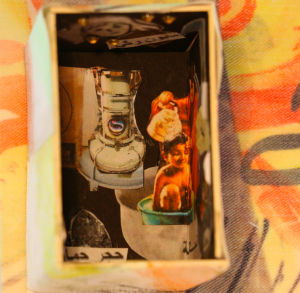 Superimposed on these date palms are lots of little ‘boxes of memories’, each containing a detailed image which evokes something of each artist’s former life in Iraq. Some boxes depict fear and loss, while others contain happier memories – such as children’s bath time in front of the stove (left). Taken together, the snapshots in this piece tell a much broader story about life in a war zone than most other war art: they represent ordinary things alongside the extraordinary, foregrounding the many different ways in which those caught up in conflict try to ‘soldier on’.

Memory is an important theme in the exhibition. Rana explained that her individual artwork has helped her to rediscover her identity after leaving Iraq. She talked, for example, about her Map of Iraq. 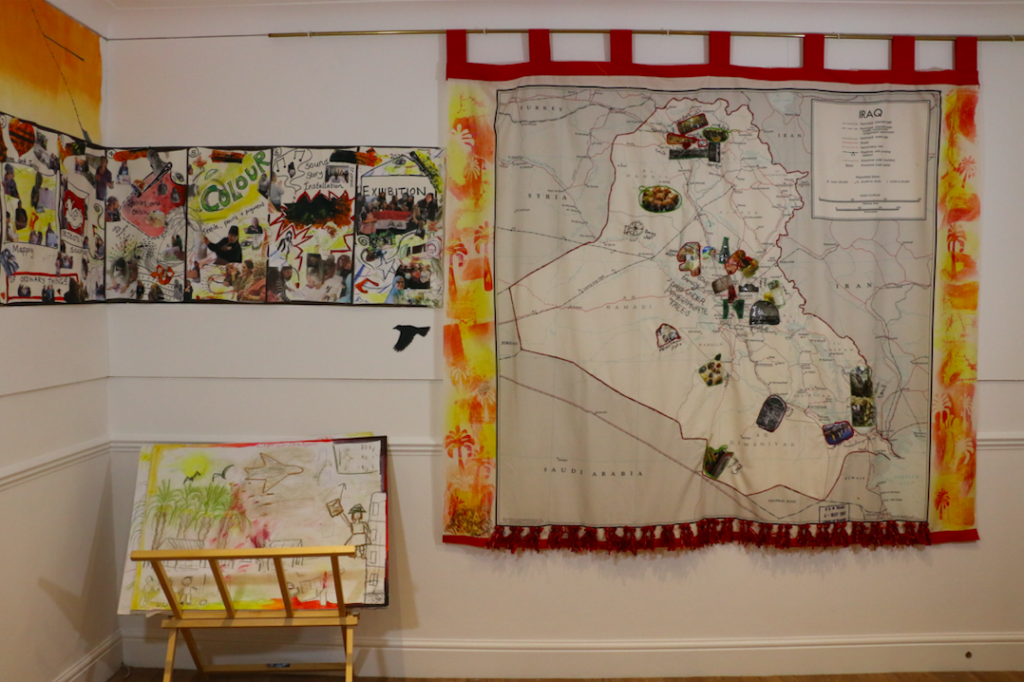 The map has been printed on a cloth bordered with date palms, and on it Rana has stitched words and added images to capture memories of her life in Iraq which she fears are fading after such a long time away. 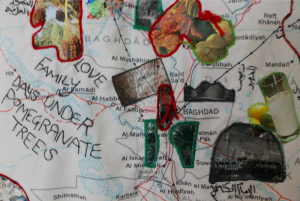 The piece is not finished: when the exhibition goes on tour, visitors will be invited to add their own memories of Iraq. Art here functions not only to keep personal memories alive but to build community amongst displaced people. Rana hopes that her artwork will also establish dialogues with others, sparking conversations about forced displacement, what it is like to be a refugee from a war zone, what war itself is like, and why it must stop. Her art is not simply about representation: it is a form of activism, an act of solidarity with others who have suffered through conflict and a conscious form of storytelling that she hopes might change the world for the better.

We learnt a lot from Rana (as we did from Diana Forster) about how art can help people visualise the impacts of war on ordinary people. If you want to learn more about her story and the work of the Iraqi Women, Art and War group, you can listen to the full podcast episode as soon as it is released. The exhibition ‘Of Ordinary Things’ will go on display in the Museum of Oxford for six months from March 2022 (pandemic restrictions permitting). In the meantime, you can view more of the artwork and some short films about its creation at www.iwaw19.com.