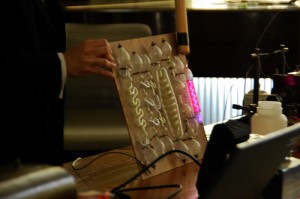 Science and technology play prominent roles in our predictions of the future, whether we are imagining cures for disease, liberation from household chores, or interplanetary tourism. This was equally true in the late nineteenth century, when Victorians noted the significant technological and scientific advances since their grandparents’ days: they were proud of bicycles and typewriters; of railways, steamships and electric telegraphs; of photography and electric lighting. Science fiction writers began to wonder what the world of the future would look like, while popularisers poured their energies into explicating the wonders of science and the workings of technology. 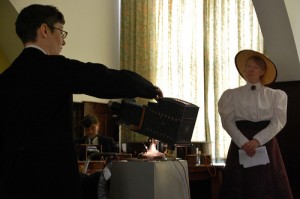 The demonstrations, lectures and shows that were part of late Victorian entertainment culture incorporated these innovations into their programmes. Scientific shows were crucial to the process of selling the future to Victorian publics. They were highly skilled and often technologically sophisticated affairs that required careful management and meticulous choreography of performers’ bodies and scientific apparatus. Our project aims to recreate such a show, and to perform it publicly. 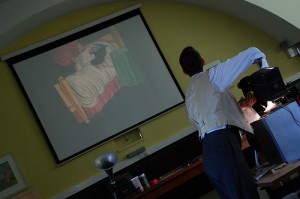 This project brings together three academics with established track records of research into Victorian and Edwardian popular science. They will investigate the details of historic shows, to prepare for the recreation.  The project funding will enable them to work with performers who have significant experience in historic scientific acts. 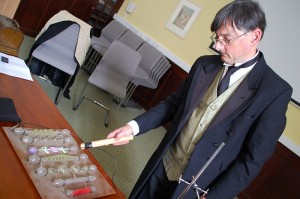 The show has been performed in Manchester in July (during the International Congress for the History of Science, Technology and Medicine) and in Newcastle in September (during the British Science Festival). At Newcastle there was a longer version for the general public, followed by open audience discussion; and a shorter version for schools workshops, followed by directed discussion activities.