Throughout its long history, the Philosophical Transactions have been printed by many printers. These different collaborations and business-agreements can tell us a lot about the culture of communication, scholarly commercialisation and circulation from the seventeenth century till the millenium. We will be exploring this further in our book, but below you can find an easy overview and some key information. 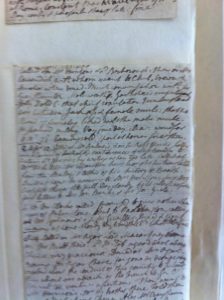 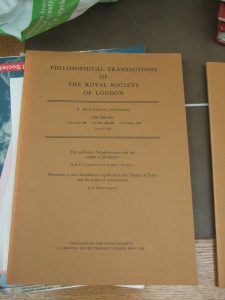 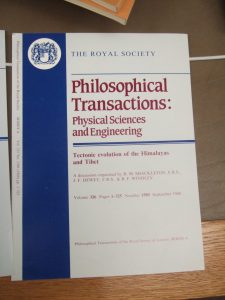 From the beginning, the Royal Society relied on others to print its publications. As is often the case in late seventeenth- and eighteenth-century publishing, the appellation of ‘printer’ in a book’s imprint does not reliably indicate that the person named actually printed the book him- or herself.  The Royal Society was empowered under the terms of its charter to license books for printing under its own authority and to officially appoint printers for this purpose. Although the first officially designated printers to the Society, John Martyn and James Allestry, appear on most of the early imprints of books associated with the Royal Society, there are a number of early issues of Philosophical Transactions to whom Martyn and Allestry, mainly Martyn, have outsourced the actual printing work.(Volume VII, for instance, for 1672, is printed by T.R. – possibly Thomas Roycroft, possibly Thomas Ratcliffe – for John Martyn).  David Kronick has done valuable work in detecting variant imprints for a number of early issues which for convenience have not been listed here; however, his list of Philosophical Transactions printers and publishers is marred by reliance on earlier bibliographical scholarship, which has allowed a number of important errors to slip through.  Booksellers mentioned in the imprints have not been mentioned unless they appear as publishers.

1751-54: Printed for C Davis (Vols XLVII-XLIX.  Note: at this point there are no longer individual issues but biennial volumes, published in two parts, one per year.)

1780-1791: Sold by Lockyer Davis & Peter Elmsly, Printers to the Royal Society; from the Press of J Nichols [colophon] (Vols. LXX-LXXXI)

2007–2008 Printed by Alden Group, Oxfordshire; Published by the Royal Society

2009–- Printed by Cambrian Printers, Aberystwyth; Published by the Royal Society

1991: Printed by Alden Press, Oxford; Published by the Royal Society