Want to check who was in charge of the Transactions at a particular point in time? We list them below, in four phases:

From 1665 until 1752, the Royal Society had no formal responsibility for the Philosophical Transactions. The periodical was formally the property and responsibility (editorially, financially) of an individual. That said, the individual in charge was routinely someone closely associated with the Royal Society (usually one of its secretaries), and the Society seems to have had a moral commitment to keeping the periodical going; we explore this ambiguous relationship in our forthcoming book. In this period, the term ‘editor’ was rarely used. Oldenburg referred to himself as the ‘author’ of Transactions; others were said to be its ‘publisher’ or its ‘compiler’.

1679: [an alternative periodical, titled Philosophical Collections, was erratically issued during this period by Robert Hooke, hon. secretary to RS)

1692/3: Richard Waller (hon. secretary to RS), with assistance from Halley, Sloane and others

After the death of Cromwell Mortimer in 1751, the Royal Society’s Council decided to take formal responsibility (editorially and financially) for the Transactions. The first volume compiled by the new regime was the back-dated volume covering 1751-2. The compilation of the periodical became the statutory duty of the two secretaries, assisted by a Committee of Papers.

Transactions was split into two series, A (mathematical and physical sciences) and B (biological sciences) in 1887; and Proceedings was similarly divided in 1905. During this period, it became the norm for each secretary to take responsibility for both periodicals on his ‘side’ of the Society. Thus, the list of biological and physical secretaries is the list of those with responsibility for Transactions and Proceedings in this period.

In 1983-84, with increasing workloads on the secretaries, an experiment was tried that involved delegating the editorial work to another Fellow of the Society, designated ‘acting editors’. The experiment was continued on the A-side, but not on the B-side.

As part of the re-launch of the Royal Society journals in 1990, it was decided that each journal should have its own editor (and editorial board), as part of an effort to establish a distinct identity for each journal. The new editors and boards were appointed in 1989, to prepare for the re-launch. When new journals were launched in the years after 2004, each new journal had its own editor and board. The editors are normally Fellows of the Royal Society (but no longer the secretaries). The first woman editor was Geogina Mace, in 2008 (Transactions B) 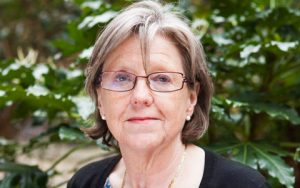 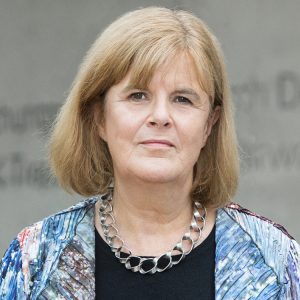