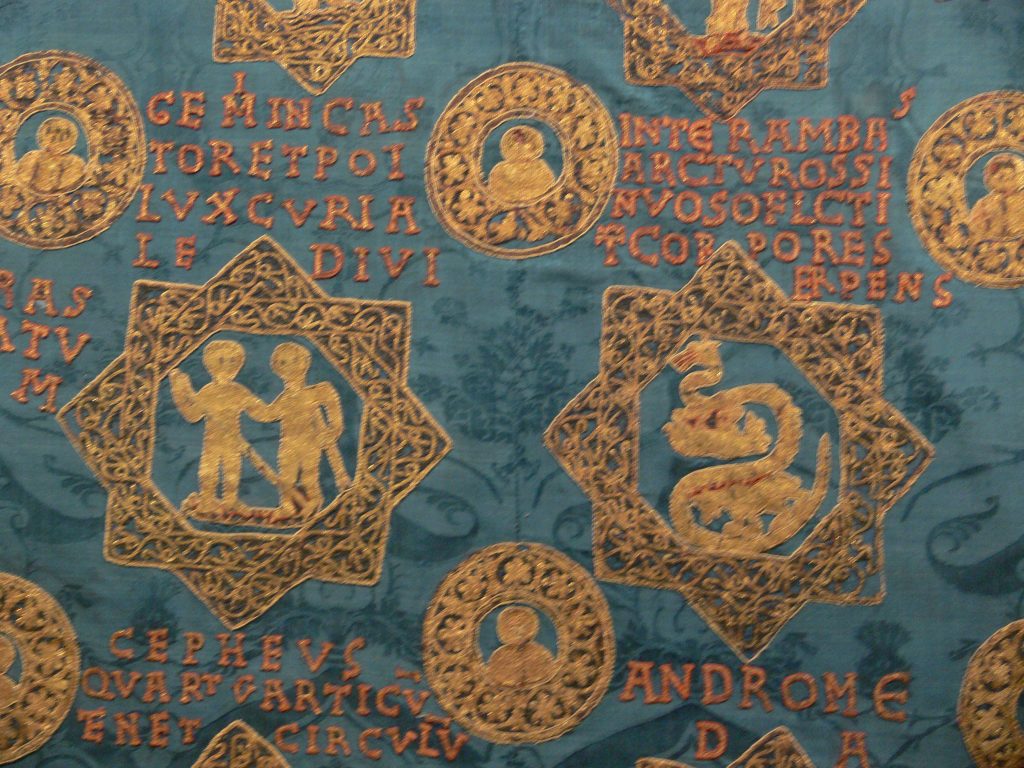 Description: Embroidered cope (ceremonial cloak) of Henry II. The original fabric of the cope no longer survives; the embroidered sections were cut out and remounted onto a new blue silk damask. The current cope is 3m x 1.5m and was originally commissioned by Duke Ismahel of Bari before being given to Emperor Henry II around 1020. At some point, this cope along with two belonging to Henry’s wife, Empress Cunigund, were donated to Bamberg, the bishopric he founded in 1007.