Last week I made my first visit to the current British Library exhibition, Anglo-Saxon Kingdoms: Art, Word, War. My first, but I hope not my last: it brings together such a wealth of written material, alongside other artefacts, that it’s hard to maintain proper scholarly decorum when faced with so many manuscripts, familiar from scholarship, assembled together in one place, or to give adequate attention to every exhibit.

One of the many joys for me is the recognition by the curators, led by Claire Breay and Jo Story, that liturgy matters and constitutes an important strand in the story they wish to tell. This is one of Anglo-Saxon England as the home of a multi-cultural, sophisticated culture ‘deeply connected with its continental neighbours’ (to quote the catalogue blurb). I counted at least 15 books which can be categorised as designed for use in private or public prayer (aside from some 40 Psalters and biblical texts, and other codices containing vitae and sermons). Liturgical codices thus constitute almost a tenth of the 161 items on display.   Nor was the curators’ interest confined just to the stalwarts of scholarship on liturgical books: the focus by art historians on their (sometimes) beautiful illuminations, as in the Æthelwold Benedictional, on the one hand, or the narrow focus on particular rites, especially those for royal coronations, on the other, although, understandably, both these aspects are displayed and discussed in the exhibition. But the curators also chose to set out the regular rites of the religious life, blessings, devotional prayers, and chants. They even included a discussion of a church dedication rite, as a testament not only to the evolution of the musical record, but also to the flourishing of interest in building and rebuilding local churches in the tenth and eleventh centuries. It’s a testament to one of the many ways in which the exhibition succeeds in capturing recent trends in scholarship. 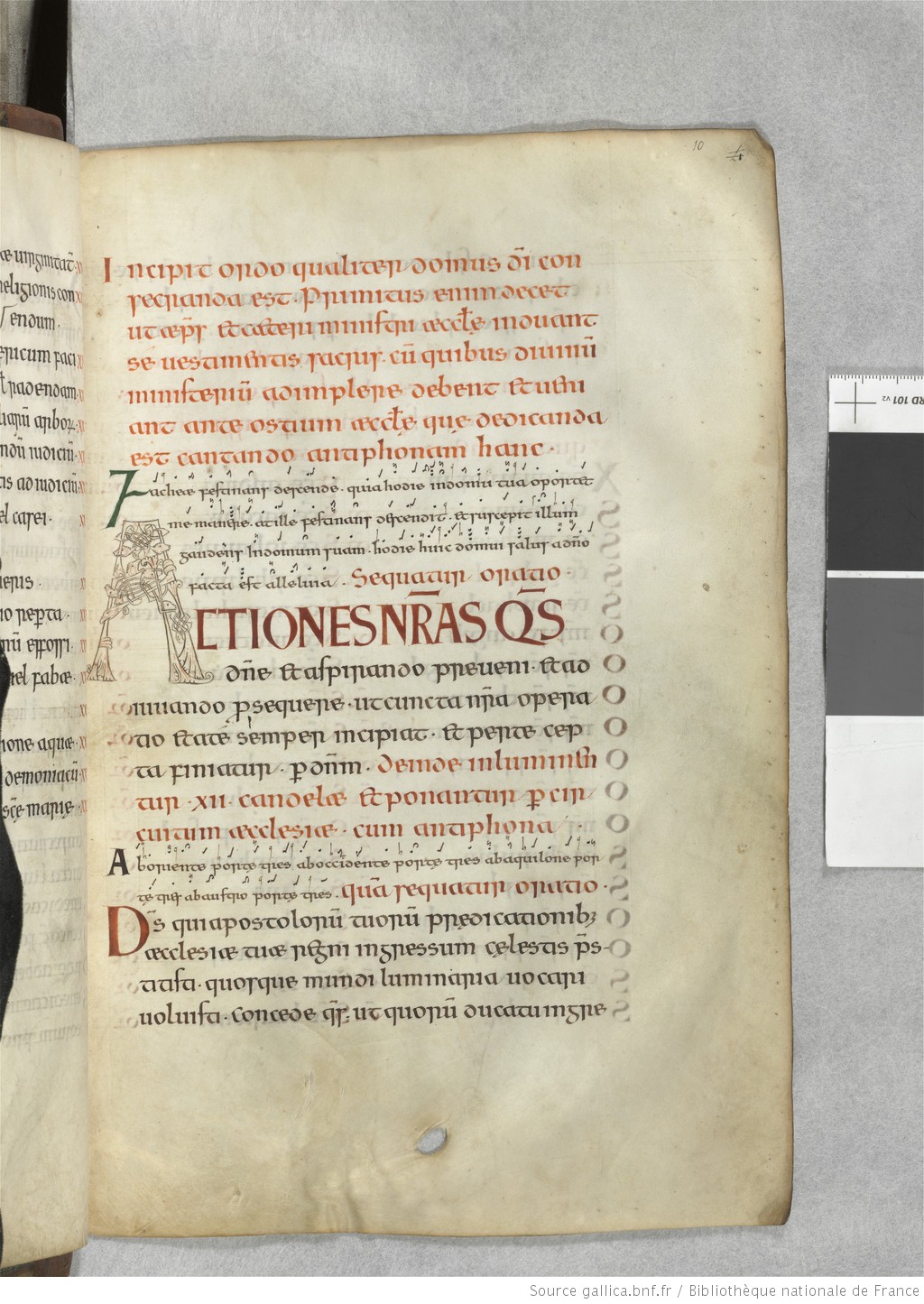 By demonstrating the importance of liturgy to Anglo-Saxon political, religious, social, intellectual and artistic culture, this exhibition will, I hope, stimulate further interest in  studying early medieval rites. To that end, I thought it might be helpful to set out some of the questions that students, unfamiliar with liturgical rites, need to think about when they encounter one in a manuscript. For it is only by contextualising the rite within both its manuscript context and liturgical history that you can start to understand its significance.

To start with you need to consider the usual questions asked by any manuscript scholar:

Only then can you make a start on the particular questions facing the student interested in the record of a liturgical rite in a particular manuscript.  These might include:

Investigating these questions will allow you to begin to explore the rite in its manuscript, textual and historic contexts. Doing so will allow you to integrate this example into whatever story you’re interested in, be that the development and circulation of texts and ideas, or the history of social practices.

Note: This list of questions draws on Helen Gittos’s article, ‘Researching the history of rites’, in Helen Gittos and Sarah Hamilton (eds), Understanding Medieval Liturgy: Essays in Interpretation (Ashgate (now Routledge, 2016), pp. 13-37; this volume of essays will be republished in paperback early in 2019.