It’s no surprise that monks and nuns in the high middle ages used the Merovingian past when they were retelling their foundation legends. From the tenth century onwards, we see an increasing number of monasteries claiming that they had Merovingian founders, usually opting for big-name figures such as Clovis or Dagobert. This creation of a Merovingian past is generally ascribed to the desire of monastic communities to increase their institution’s authority and prestige, and, if possible, to claim a foundation that pre-dated those of other rival foundations in their vicinity. But these rewritten origin stories and their use of the Merovingian past can also give us insights into other present concerns – and, in some cases, be used to comment on contemporary dynasties too.

One monastery provides us with an ideal example: Saint-Pierre-le-Vif, whose origin story was reworked by its monk, Odorannus, in the mid-eleventh-century. Saint-Pierre-le-Vif sat just outside the walls of Sens, on the border between the royal heartlands of the West Frankish kingdom and the duchy of Burgundy. In 1045, at the age of almost sixty, Odorannus sat down and compiled a manuscript of some of the works he had written over his lengthy and varied career. We have what is believed to be Odorannus’s own autograph copy extant, now in the Vatican, which features later additions to the texts recorded in Odorannus’s hand.

The manuscript begins, as Odorannus himself says in the prologue, with ‘the origins and the death of the domina Theudechild and the place of our our foundation, which I have covered with a few words from my pen at the urging of the most pious King Robert and the prompting of Archbishop Leotheric.’ The origin story that Odorannus goes on to relate is a fairly typical example of a Merovingian foundation legend. After a very brief summary of early Merovingian history from the origins of the Franks and the rise and conversion of Clovis, Odorannus explains that Clovis and his wife Clotild had built a magnificent monastery in honour of Sts Peter and Paul in Paris, where the blessed saint Genovefa was buried. After Clovis’s death, his daughter, Theudechild, imitated her parents in building a monastery in honour of the same apostles in Sens, and she was buried there. Odorannus then outlines the property that she endowed her monastery with, noting that if anyone wanted more information about these lands, he can see the document in the archive of the monastery. He ends by including a poem and epitaph written by Venantius Fortunatus about a Queen Theudechild, and a final epitaph for her which was written by the monks of Saint-Pierre-le-Vif. 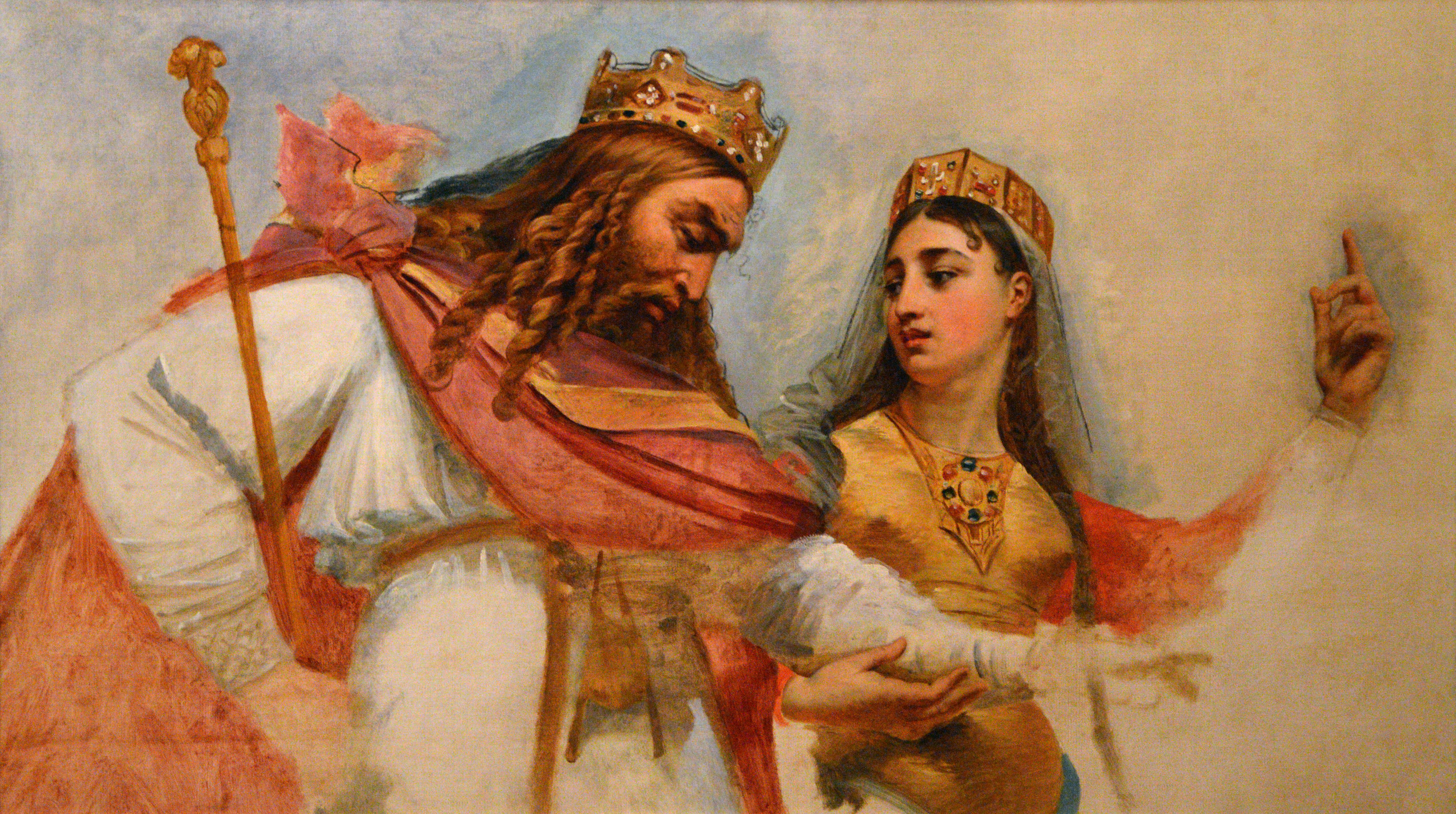 There are a few points here that we can pull out. Firstly, we do have the diploma that Odorannus refers to, which does indeed say that Theudechild, daughter of Clovis, founded the monastery and gave it an array of lands. However, it’s been persuasively argued that this is not an original document, but instead a forgery from the tenth-century, roughly dated to the late 960s or early 970s. But this idea of Theudechild as the founder wasn’t created out of thin air – there are copies of what seem to be genuine charters for Saint-Pierre-le-Vif from the seventh century which include a reference to a ‘Teodechildis regina’ who constructed the monastery. However, that’s all they say – they make no reference to her being the daughter of Clovis.

So far, so typical – there was extant evidence from the seventh century about a ‘Teodechildis regina’ linked to Saint-Pierre-le-Vif who was buried in the church. Over the tenth century, that idea that this Theudechild was the founder of the monastery grew, steadily being embroidered over the years with the creation of a foundation charter, the linking of her to Clovis, and, in Odorannus’s work, the linking of her role as a monastic founder to that of her parents. Unsurprisingly, the legend of Theudechild as Saint-Pierre-le-Vif’s founder has been studied in detail, particularly by those interested in the evolution of foundation legends and the forgeries of charters from the Merovingian period.

However, Odorannus’s foundation legend for his monastery doesn’t exist in isolation. Immediately following his account of the Merovingian origins of Saint-Pierre-le-Vif – in fact continued in the following line on the same manuscript page – Odorannus places another historical work, a chronicle that he says recounts the history of his monastery and its acquisition of relics from 675 down to 1032. While it’s true that the Odorannus is careful to highlight major events in Saint-Pierre-le-Vif’s history, with considerable detail about his own involvement in the translation of the relics of St Savinianus and Potentianus into a new reliquary that he himself created, it’s immediately apparent to the reader that this institutional history is set firmly within a chronicle of the rise and fall of the Carolingian dynasty, and the eventual transfer of the kingship to the new Capetian dynasty. 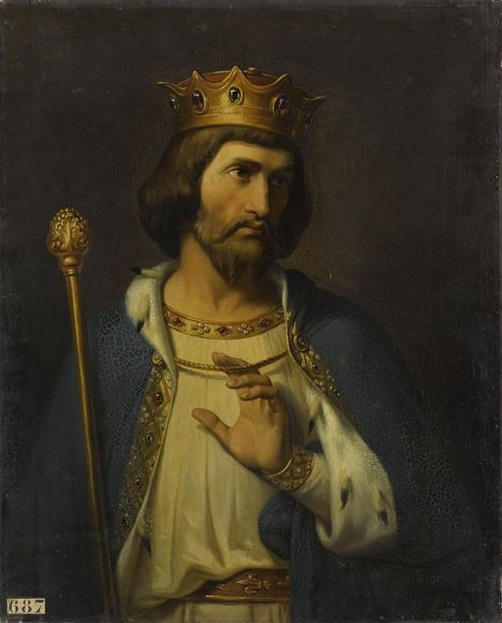 And one Capetian king in particular appears in a markedly positive light in the Chronicle: Robert the Pious. Roughly half of the Chronicle focuses on the role that Robert played as a patron of Saint-Pierre-le-Vif, especially his role in paying for and organising the creation of a new reliquary for the relics of St Savinianus, along with three miracles linked to Robert’s patronage for this translation. After Robert’s death in 1031, Odorannus quickly wraps up his account. None of the recent events after Robert’s death trouble Odorannus’s record – instead Robert is treated as a model, almost saintly king, the perfect patron for his monastery.

So, what then, is the point of these historical texts? What was Odorannus trying to achieve with them? The placing of the Merovingian origin story – which Odorannus explicitly says in his prologue was commissioned by King Robert – immediately before a Chronicle which seamlessly continues the historical narrative show that they are clearly meant to be read together as a whole. Robert was not just a patron to Saint-Pierre-le-Vif, but also a major patron of Odorannus personally, as he recounts at length in the Chronicle. In order for Odorannus’s memory and reputation to continue on at the monastery after his death – and his repeated references to himself, his actions, and requests for his readers’ prayers show that this was absolutely something weighing on his mind – then he needed to make sure that his royal patron was remembered properly by his community. Thus, in Odorannus’s works, Robert looms over Saint-Pierre-le-Vif’s history. The new Merovingian foundation story he created needs to be understood as part of a broader project to reassert Robert’s involvement in Saint-Pierre-le-Vif; Robert requests the new life of Theudechild, and he himself is the end point of the dynastic history that follows this, the other half of the pair of ideal royal patrons that bookend the monastery’s history.  The Merovingian origin story of Saint-Pierre-le-Vif is fairly typical, but its context in Odorannus’s work is crucial in helping us understand Odorannus’s motivations for using the Merovingian past; he was fitting the memory of Theudechild into a new framework shaped by the recent history of his monastery and his role within it.