In the sunny and stimulating environment of the cities of Barcelona and Vic, the members of the ‘After Empire’ project, as well as Sumi Shimahara (Paris), Philippe Depreux (Hamburg) and Charles West (Sheffield) visited various archives and libraries studying early medieval Catalan manuscripts. This was done as part of the preparation of a bilingual (English and Catalan) album of essays on selected manuscripts of Carolingian text culture in Catalan libraries and archives, which is intended to be published in 2019. You can read more about our academic discussions, with short summaries of the studied manuscripts and presentations, in our detailed report. 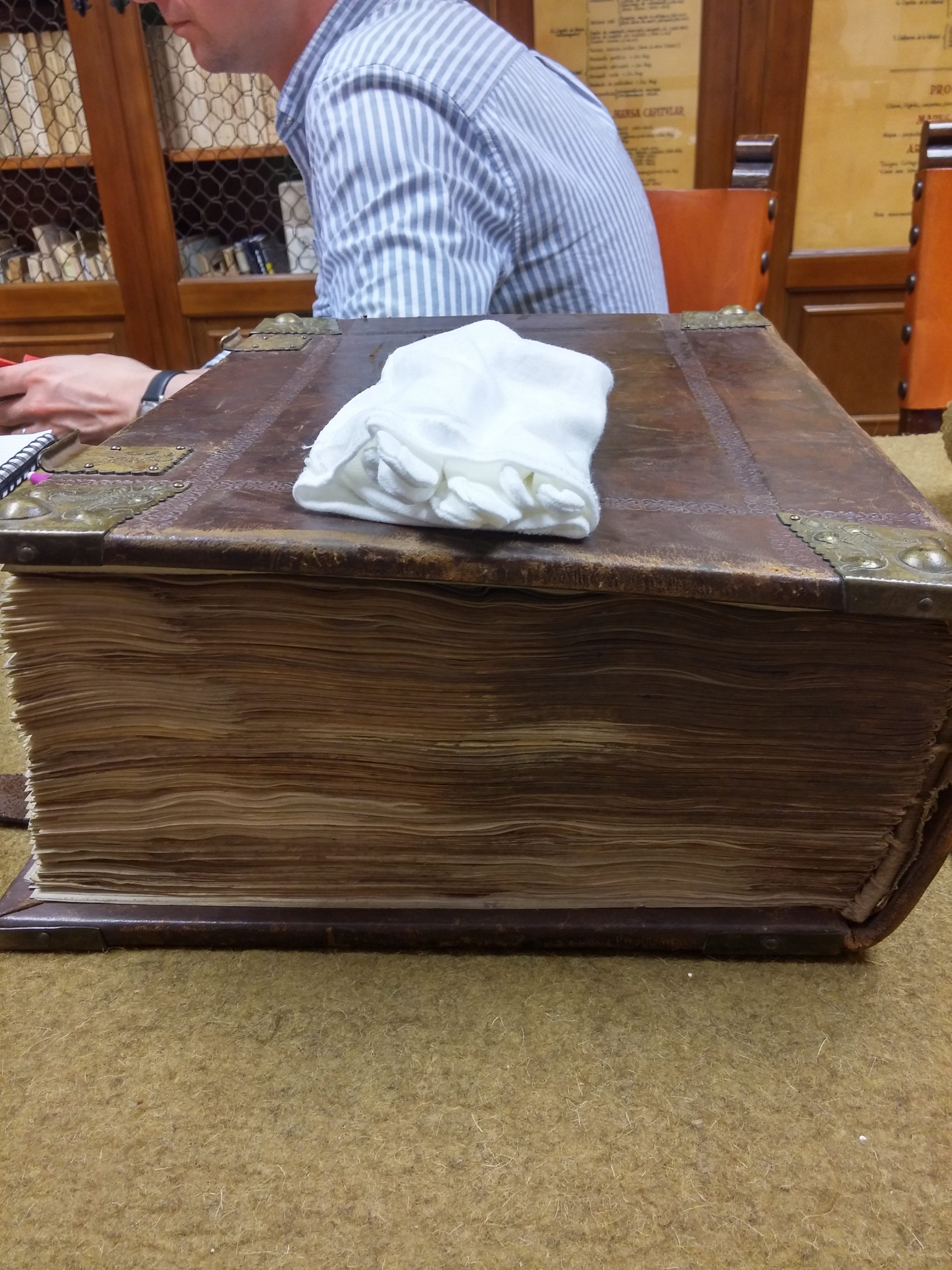 Over the course of three days, we visited the Archives of the Crown of Aragon, the National Library of Catalonia, the Cathedral Library in Barcelona, and the Episcopal Archives and the Library of Vic, an archival gem some seventy kilometres north of Barcelona. We have experienced how libraries and archives cope with visitors and manuscripts in different ways. With and without cushions, snakes and supervision, but always with white gloves.

The architecture of the libraries and archives added to the experience. Take for example the Library of Catalonia in Barcelona, which is housed in a late medieval building. From the sixteenth century to 1930, this used to be an important hospital. One of the last patients was Antoni Gaudí, who passed away in a room now containing an exhibition of medieval manuscripts, fragments, and early printed books. 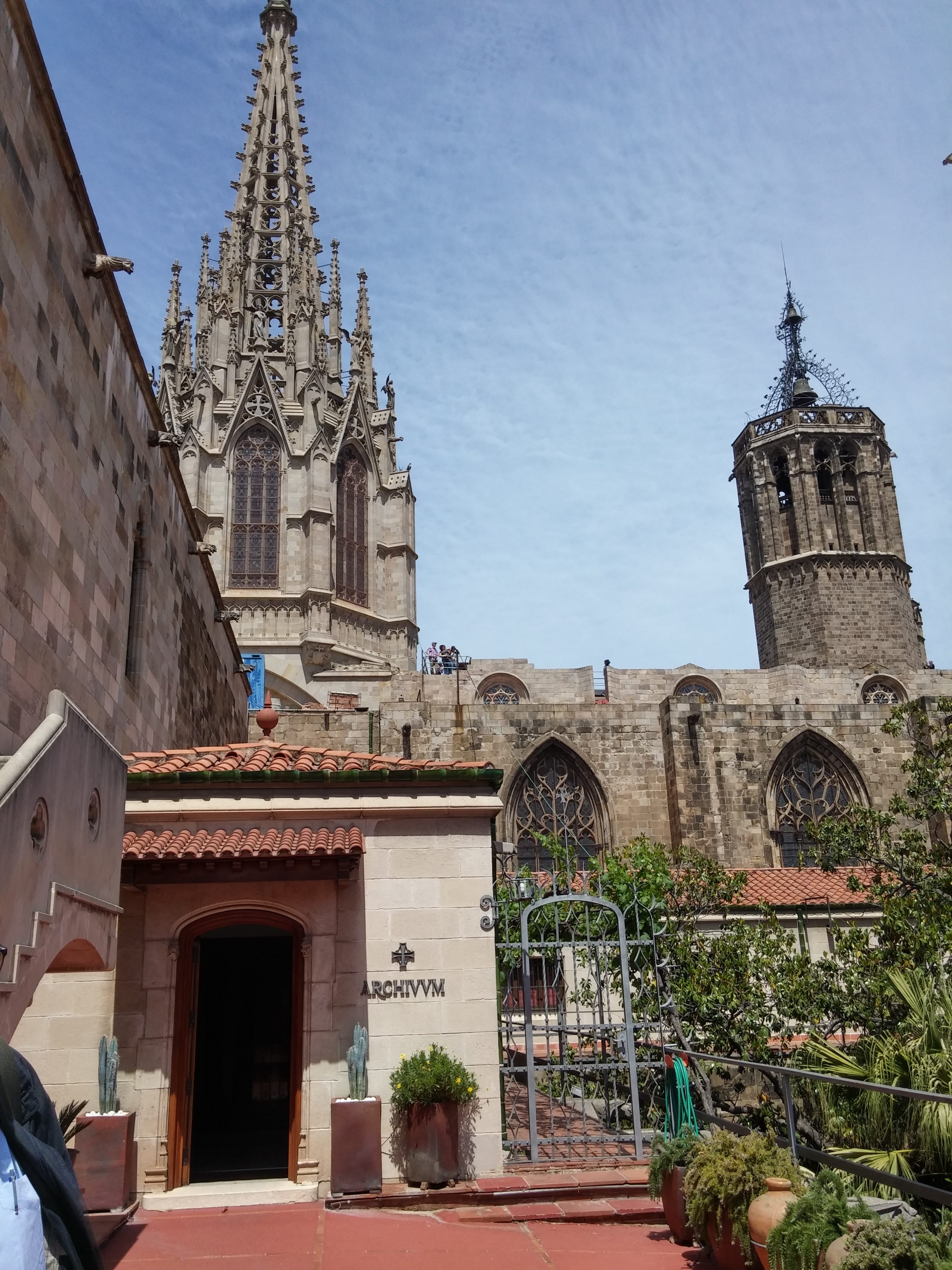 The location of the Cathedral Archive of Barcelona was inspiring too. It is situated on top of the cathedral’s cloisters. A small elevator took us – in groups of no more than three scholars, so this took a while – to a roof terrace with an excellent view of the cathedral’s towers. The terrace lead to a reading room, where we, surrounded by books and under auspices (and a portrait) of the pope, were able to study several wonderful manuscripts. The oldest was an eighth-century uncial manuscript containing the Homilies of Gregory (Barcelona, Arxiu Capitular, Còdex 120). The manuscript has fascinating marginal signs, including elaborate marks indicating the new quire, images of birds, and heart-shaped decoration.

As they say the best is saved for last, which is why we visited the library of Vic on the final day of the workshop. After having consulted and discussed a selection of the library’s manuscripts, we received a spectacular guided tour around the archives of the episcopal library and archives of Vic. A continuous preservation of documents from the tenth-century onwards produced no less than 3.5 kilometres worth of archive. Highlights were the tenth-century papyri rolls with charters issued by the pope, including one with the autograph signature of Otto III. It is very rare to see papyri documents from that period so well preserved. The warm and dry climate of Vic, and the continuing safekeeping of documents allowed the papyri rolls to survive. Countless medieval and early modern volumes of registers and episcopal documents sorted by year occupy the shelves, awaiting scholarly attention. 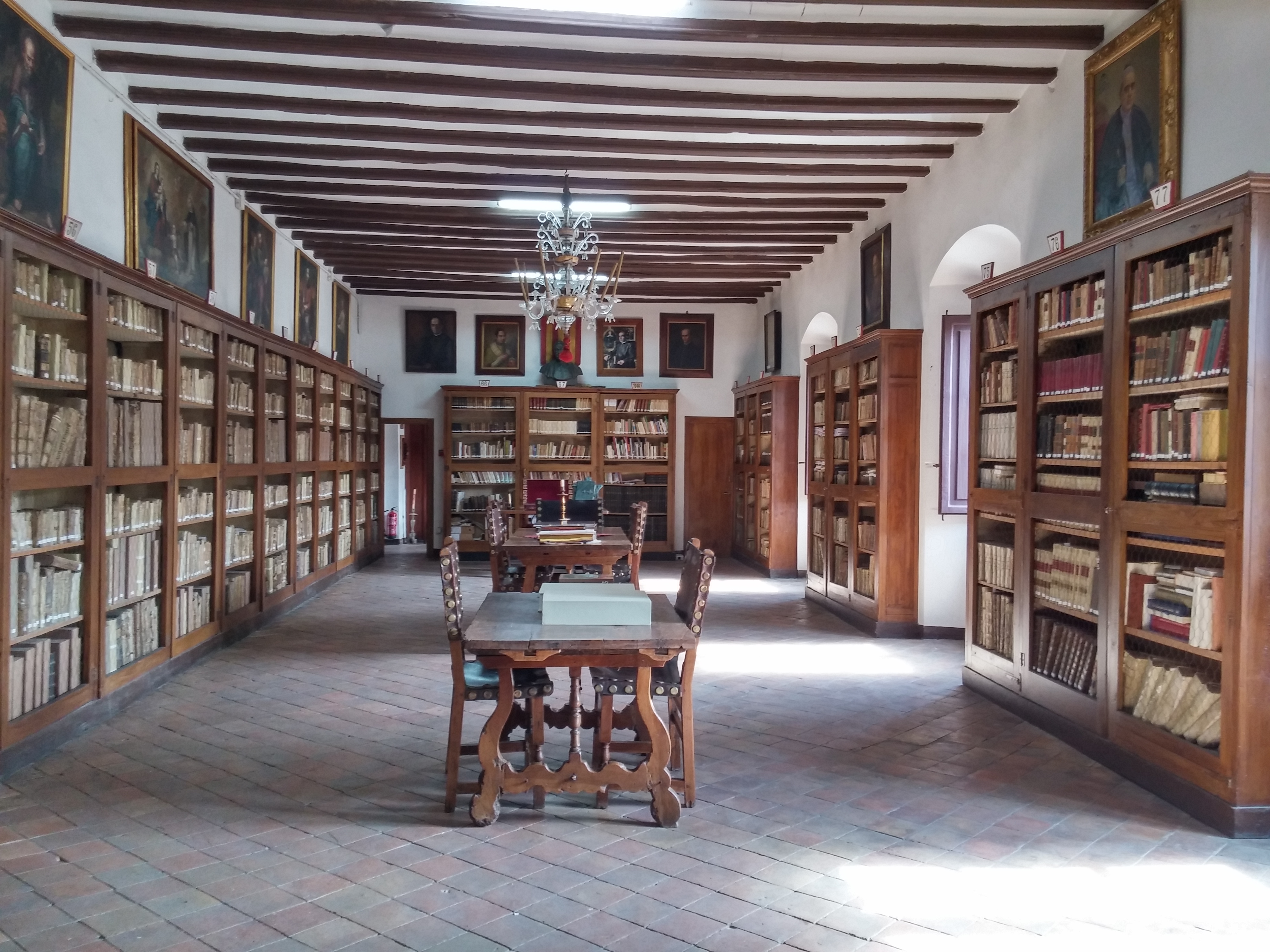 We have had a marvellous and productive time in Catalonia. Besides the medieval treasures they hold, the archives and libraries are worth seeing for themselves. We hope this visit to these libraries and archives have provided the contributors to the album of essays with inspiration.