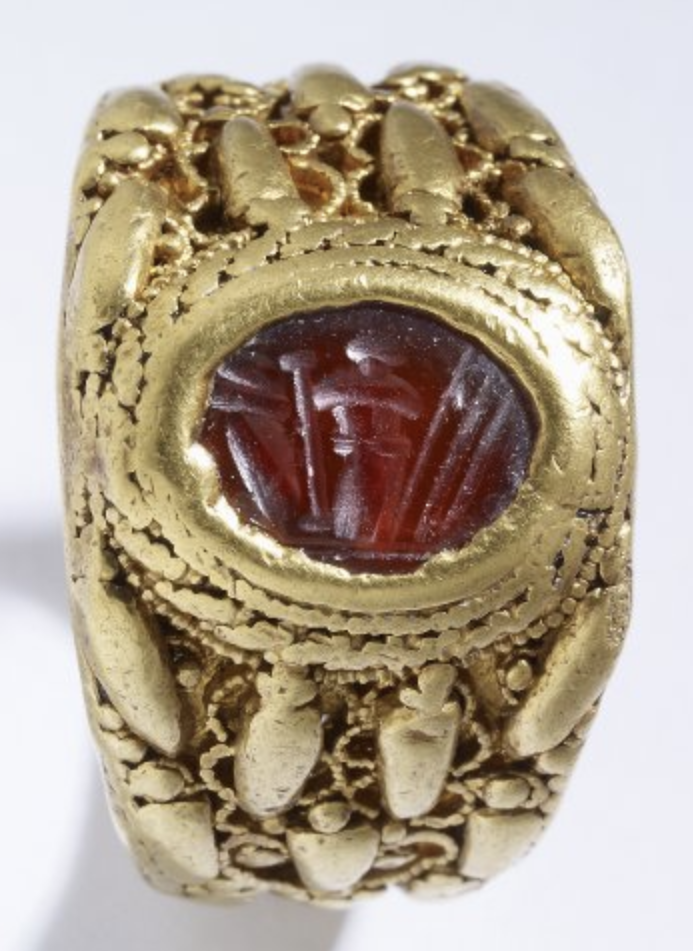 Description: This cast gold ring has at its centre a Roman carnelian intaglio, a typical example of the use and re-use of precious gems in the early medieval period. Although quite badly worn, much of the decoration is still visible, including seven elongated oval leaves, filigree motifs and granulation. 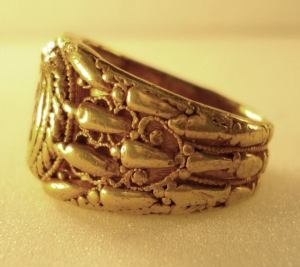