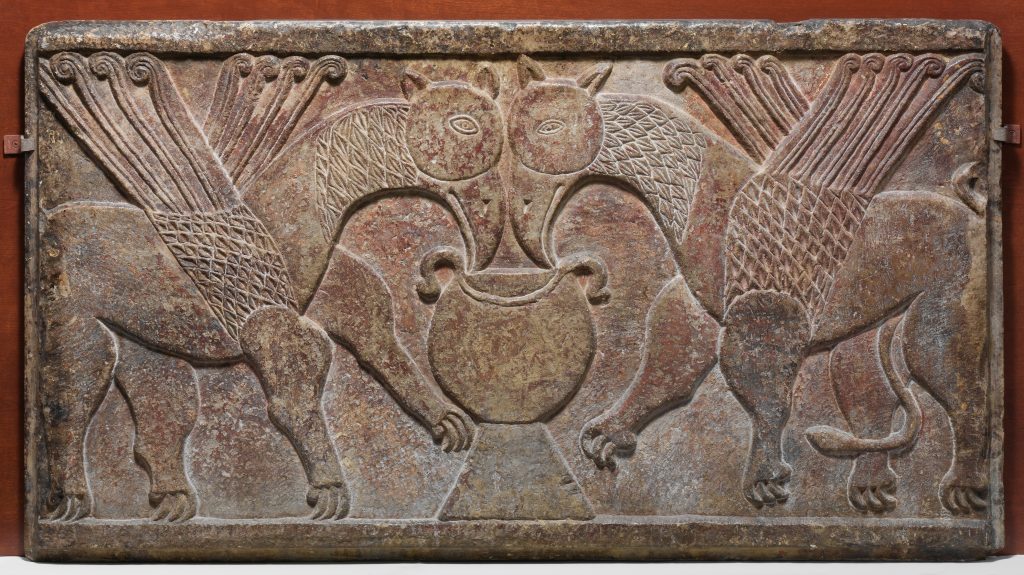 Description: Despite its mythical origins, the griffin was a popular motif in Christian art. Here, two griffins face each other, a design that was borrowed from ancient Near Eastern art and may have been inspired by woven textiles. A surviving similar panel found in Sorrento has led scholars to believe that both were perhaps originally housed in the cathedral there, where they would have served as a partition dividing the altar from the church. 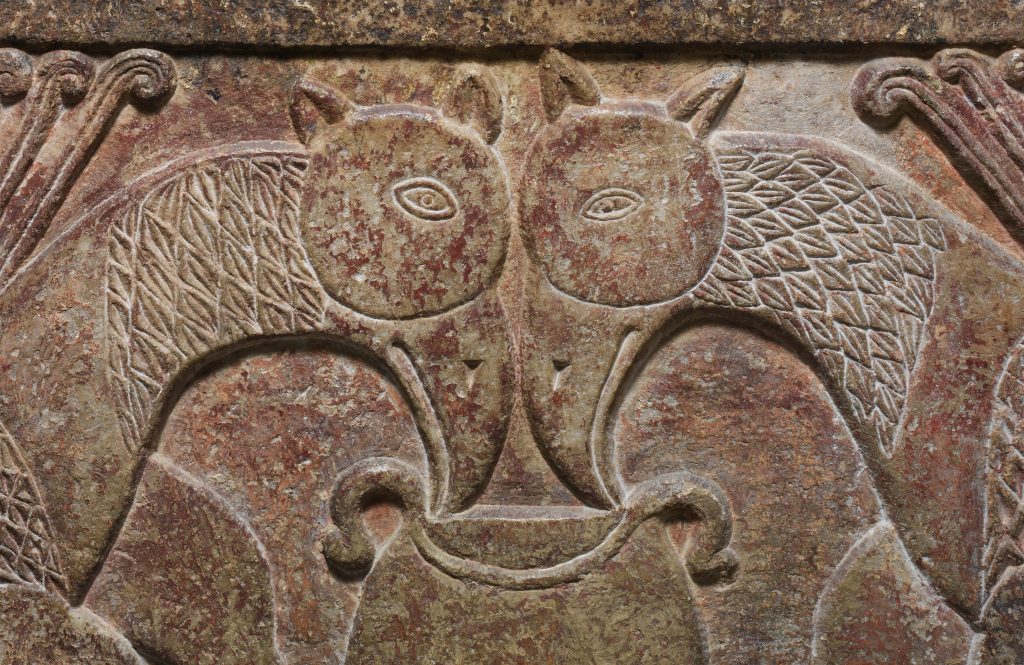