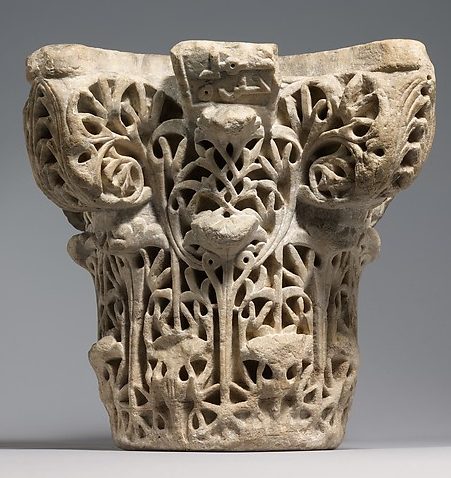 Description: This capital is thought to have come from Madinat al-Zahra’, near Cordoba, Spain, which was founded in 936. The city housed a magnificent Umayyad royal residence.  The capital bears the legacy of artistic traditions brought by the Umayyads from Syria to Spain.

Inscription: On boss at one side of capital in Arabic in cursive script:
عمل خبرة
Made by Khabara[?]