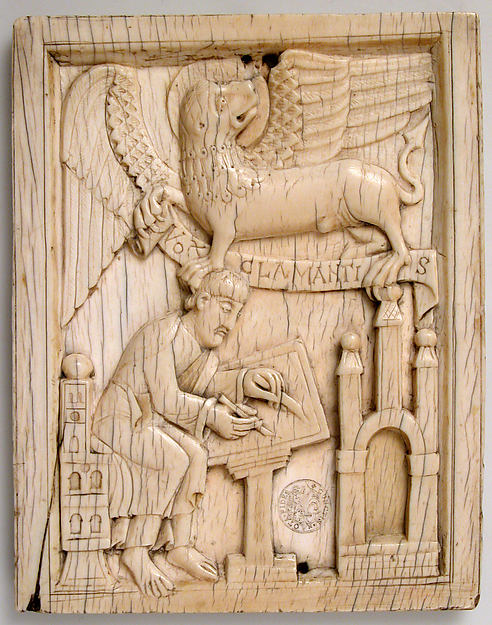 Description: This ivory would originally have been one of four, each representing one of the four evangelists, and together they probably decorated a gospel book. Mark appears here alongside his traditional symbol, the lion. The scroll reads ‘vox clamantis’, an abbreviated version of one of the opening lines of Mark’s gospel: ‘I am the voice of one crying in the wilderness’ (Mark 1:3). The church depicted in the miniature is probably Cologne, where the ivory was produced. 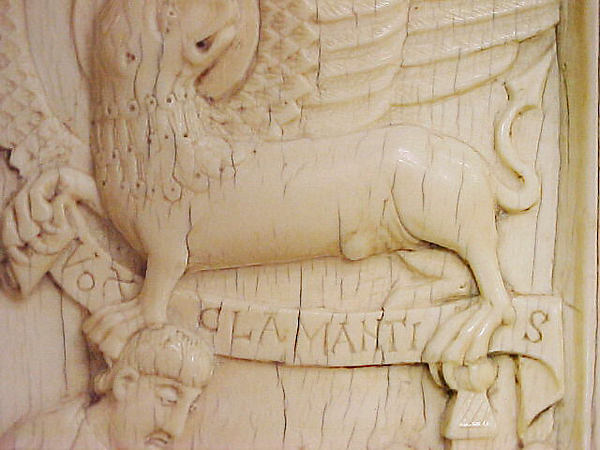 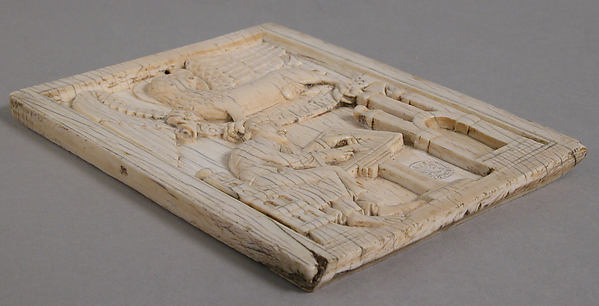