Given the unpredictability of politics in our own time, it shouldn’t require a great leap of imagination to realise that those who lived in the last days of the Carolingian Empire might not have realised that that’s what they were doing. But like any polity that lasts across several generations, the empire inevitably became nostalgic for itself. Charlemagne was a particularly potent figure in the reminiscences of figures around the courts of his grandchildren and great-grandchildren, where histories of the empire’s creation written in the early ninth century were copied and pondered as artefacts of a Frankish golden age. Einhard’s biography of Charlemagne was reshaped in the 880s and 890s by Notker of St-Gall and the ‘Saxon Poet’ into new forms which re-mythologized the great emperor for new audiences. A decade later Regino of Prüm rewrote and extended the Royal Frankish Annals as an iconic and authoritative account of the zenith of Carolingian history from which his own generation had fallen. These authors saw their own era as separated from the glory days of the dynasty by the traumas of the rebellions and civil wars which had riven the Frankish aristocracy in the 830s and 840s. But it was also because they were old men, and their kings were young. They saw it as their duty to explain and extol the Frankish past as a gallery of examples to admonish, educate and instruct. 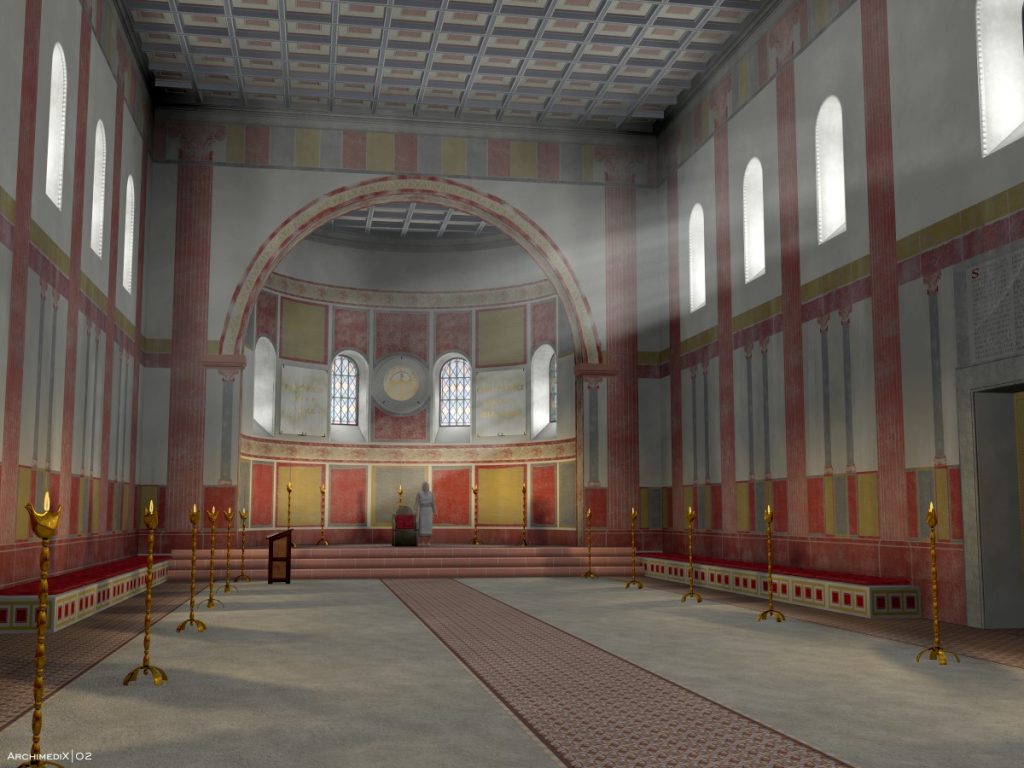 One problem presented by this phenomenon is that it is reflected not only in the historical narratives of the later ninth century, but also in normative sources – capitularies, church councils and treatises on kingship. Some of the most important Carolingian texts on kingship date from the second half of the century, and many of those were written by Hincmar, the veteran royal adviser and archbishop of Rheims. Perhaps the most significant of his works was his last, De ordine palatii (‘On the governing of the palace’), written just before his death in 882. DOP’s titular ‘palace’ is a metonym for the kingdom as a whole, so the work is really the nearest thing we have to a Carolingian treatise on government. Historians have made particularly intensive use of Hincmar’s description of the royal assembly, which was one of the core regnal institutions and symbols of political order in the early medieval West. The archbishop described an annual two-assembly cycle around which royal government was organised. The first was the general assembly attended by all important and less important figures; while the second was a smaller meeting restricted to the king’s special counsellors. This smaller assembly not only set the agenda for the larger one, but also made irrevocable decisions which the larger one was meant only to endorse. This section of Hincmar’s work was based on a treatise by Charlemagne’s cousin Adalard of Corbie, who had been active in royal affairs in Francia and Italy in the early part of the ninth century, and this pedigree lends Hincmar’s account extra credibility. Accordingly, it has been used by historians as a normative template for analysing political assemblies across the history of the Carolingian Empire and its successor kingdoms.

Although he certainly used Adalard’s work, it has been demonstrated that Hincmar altered and updated it in ways that we cannot now recover, because the original is now lost. And we know that the archbishop’s own perspective was not untouched by nostalgia and a desire to make a point. His work was explicitly presented to its intended audience, the young king Carloman II, as a description of how things had worked in the good old days. Other admonitions he wrote for rulers around the same time were similarly backwards-looking. His advice was pointed, for the death of Charles the Bald in 877 had dislodged him from his accustomed place as royal adviser: presenting himself as a custodian of tradition and an expert in techniques of rule was part of his pitch for renewed patronage.

However, the dual pattern of assemblies he describes is hard to reconcile with the other evidence for the political rhythms of the early ninth century. That point is not decisive, for the other evidence (primarily the Royal Frankish Annals) is itself open to interpretation. But it should prompt us to ask whether Hincmar’s own preoccupations might have had an influence on the assembly template laid out in DOP. Another work of his, the so-called Annals of St-Bertin, provides a useful comparator. While this detailed account of West Frankish politics describes a more or less regular pattern of royal assemblies down to the death of Charles the Bald, after 877 the disaffected archbishop offers a different picture. Instead of a rhythmic pulse of public gatherings and agreed action, Hincmar narrates a tale of political irregularity and a disregard for procedure, in which kings are forced into action by magnates and make decisions not at assemblies but during visits to the houses of powerful aristocrats. In 882, according to the annals, disaster was sparked by another failed assembly, at which Carloman II’s advisers failed to get his cousin Charles the Fat to restore territory to the West Franks and Carloman himself lost support as a result. ‘This was the reason’, according to Hincmar, that the Vikings ravaged the region of Rheims in 882.

That Hincmar wrote De Ordine Palatii amidst such disasters – and that he perceived them as disasters – must help us to understand that text’s insistence on the propriety and regularity of assemblies, its precise account of how decisions should be reached, and its claims that only a limited number of specifically appointed people should be involved. The assembly was a subjective category – like the propriety of ‘good counsel’, the assembly-ness of a gathering was to some extent in the eye of the beholder. If Hincmar’s DOP shows us his idea of the royal assembly as a symbol of the Carolingian order he remembered fondly from his youth, the last few pages of the Annals can be read as his case-study in what happened when that order was subverted. When kings stopped taking proper advice at the proper time from the proper people – like Hincmar – disaster ensued. Compared to the good old days of Charlemagne and Adalard, things had got out of control. It wasn’t that kings weren’t taking enough counsel – the problem, in the eyes of the elderly archbishop, was that they were taking too much.

The royal assembly was unquestionably one of the key institutions of Carolingian politics, and early medieval politics in general. But even such a useful and well-informed account as Hincmar’s must be understood in its immediate context as well as mined for its general lessons. DOP is not only an invaluable commentary on Carolingian government, but also a salient reminder of the difficulties that face historians when trying to understand how early medieval thinkers shouldered the heavy burden of the glorious Carolingian past.